Partner
Bernice’s practice concentrates on the prosecution and defense of complex civil business disputes, with an emphasis on those involving commercial disputes (real property, securities, financial and intellectual property). 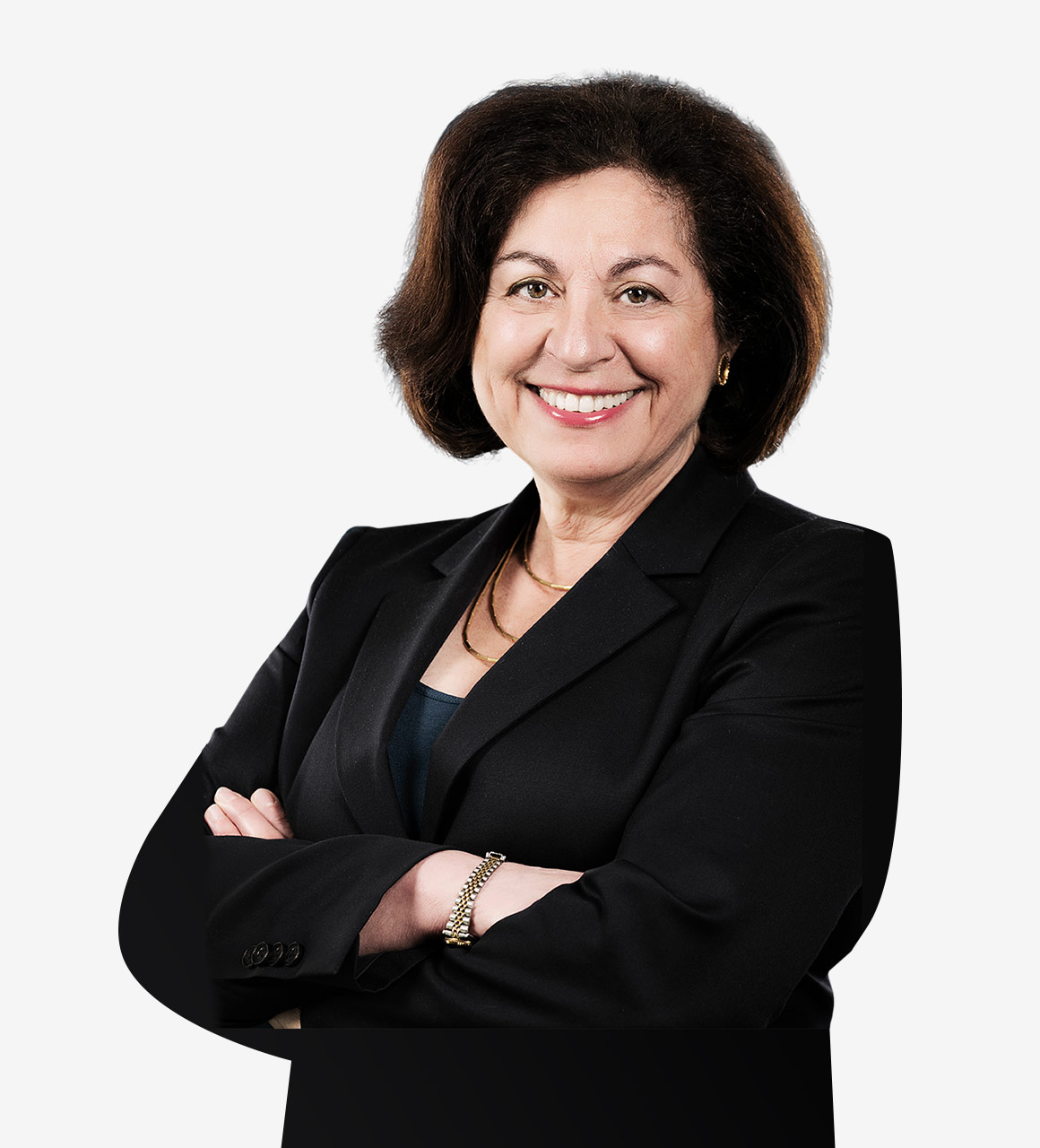 Notably, Bernice successfully litigated the cancellation of a 99-year sale-leaseback and related financing and construction contracts for a developer; performed workouts of real estate financings for many real estate developers with banks – both with and without litigation and in and out of bankruptcy; represented developers, banks, and financing companies in disputes (in court and arbitration) over construction, zoning, environmental, and financing issues; litigated successfully in the Second Circuit and Appellate Divisions bidding disputes on behalf of the Empire State Development Corporation and NYS Dormitory Authority; provided tax planning advice involving a closely held portfolio of $1B; and handled federal tax treaty cases before IRS and the federal courts. She also has litigated intellectual property actions in the advertising, music, sports, publishing, computer, fragrance,

Bernice succeeded in representing companies involved in the pharmaceutical industry, including defeating a generic pharma company’s request in an antitrust suit for a preliminary and permanent injunction regarding the terms for its manufacturing a generic form of a drug [Mutual Pharmaceutical Inc. URL Pharma et al. v. Reckitt Benckiser, 15-505 E.D.Pa. April 20, 2016]; in intellectual property disputes, obtaining affirmance of a jury verdict finding willful infringement by a trademark distributor/licensee and affirmance of an order compelling the infringer to assign an uncontestable trademark to the rightful owner of a leading advertising journal, the first case of its kind in the Second Circuit (Lurzer’s Archive v. American Showcase and One Magazine, 77 F.Supp.2d 370 (S.D.N.Y.1997)); obtaining a permanent injunction requiring an infringer to cease business and disgorge profits to a national ice cream manufacturer (case filed under seal); obtaining a permanent injunction requiring a prominent water industry business to cease unfairly competing with a leading water company (Puro Corp. of America v. Aqua Pure Company); obtaining an injunction preventing an infringer from using the name of a leading hotel chain and offering services related to the use of the hotel mark (case filed under seal). She has also represented trademark owners and licensees during bankruptcy proceedings, notably in In re Schrafft’s, In re J-L Bankruptcies (on behalf of trademark owner Haagen-Dazs), In re K-Mart bankruptcy (ELK Investors), In re Gitano.

In real estate litigation, Bernice has represented partnerships and owners and lenders on a variety of contexts, including (but not limited to) documentation of charitable, conservation easements, real estate break up fees, and partnership dissolutions, including:

From 2017 to 2019, Bernice served as the ABA Representative to the UN, where she led the ABA Observers in two UN programs addressing diversionary courts and emergency medical relief to victims of sexual and gender-based violence. Her report on medical relief also established the ABA House of Delegates policy.

In 2020 and 2017, Bernice co-authored a NYS Bar Association report, “The Time is Now,” and “If Not Now, When?,” which reviewed federal and state court data on women trial attorneys. As a result of this report, many federal and state judges have adopted a rule or policy to encourage traditionally underrepresented attorneys to take on speaking roles in the court.

In 2020, in the wake of the global pandemic, Bernice wrote an alert, “What Litigation Has the Coronavirus Spurred? Force Majeure, Insurance, Real Estate & More.”

In 2020, Bernice was featured in a podcast entitled, “Mediation in the Time of Covid-19.”

In 2015, Bernice became a founding member and serves as a board member of Women Trial Lawyers Caucus of New York, whose mission is to promote women in the legal profession, and more specifically, in the courtroom; to share our experiences and expertise and mentor, motivate and encourage women litigators; to encourage women to join the judiciary; to conduct screenings of judicial candidates, specifically to the New York State Court of Appeals, and to provide continuing legal  education addressed to issues of concern to women lawyers and judges.

In 2011, Bernice began serving on the Professional Ethics and Judicial Ethics Committee of the City Bar, has lectured to lawyers and clients on “hot button” ethics issues (City Bar January 2012; State Bar 2011), and has provided and continues to provide guidance as a member of the City Bar Ethics Hotline for inquiries on legal ethics.

Since 2010, Bernice has served as a Committee Member for the Committee for an Independent Public Defense Commission.

In 2017, Bernice co-chaired the ABA UN Committee, which reported on “Emergency Medical Funding To Victims of Sexual Gender Based Violence in the DRC”; She presented the Report to the ABA House of Delegates in February 2017, which unanimously adopted the Report’s recommendations as official policy.

In 2013, Bernice co-chaired the Special Committee in the New York State Bar Association, proposing an amendment to the laws on Human Trafficking.

In 2007-2008, Bernice lectured to the Southern and Eastern District of New York and the Commercial Division Justices of the State Of New York on the use of cy pres awards in class action settlements to fund civil legal services.

In 2007 and 2008, Bernice served as a panelist on the New York State Bar Association’s program “Committee on Professional Discipline presents Current Issues in Ethics and Discipline.”

In 2006, Bernice lectured on Lawyer Advertising to the NYS Association of Disciplinary Attorneys, the Brooklyn, Queens and City Bar Associations, and the Masters Institute Program at Stonybrook and 2009, argued in the Second Circuit on behalf of the State Bar concerning the constitutionality of lawyer advertising with respect to 30-day ban on solicitation of accident victims and their families.

In 2005, Bernice chaired the Task Force for The State Bar on Lawyer Advertising that proposed changes to the disciplinary rules and procedures concerning lawyer ads, adopted by the Administrative Board of the State Courts in April 2009.

She has also lectured on a variety of subjects to bar groups and PLI, including: ethics, federal civil practice, arbitration, loan workout litigation, the commercial courts of the Supreme Court, and case management techniques.

In 2008, Bernice was interviewed on CUNY TV’s “One to One with Sheryl McCarthy,” which highlighted her priorities as President of the New York State Bar Association.

Bernice is the former Parliamentarian to the New York State Senate (1975 session).