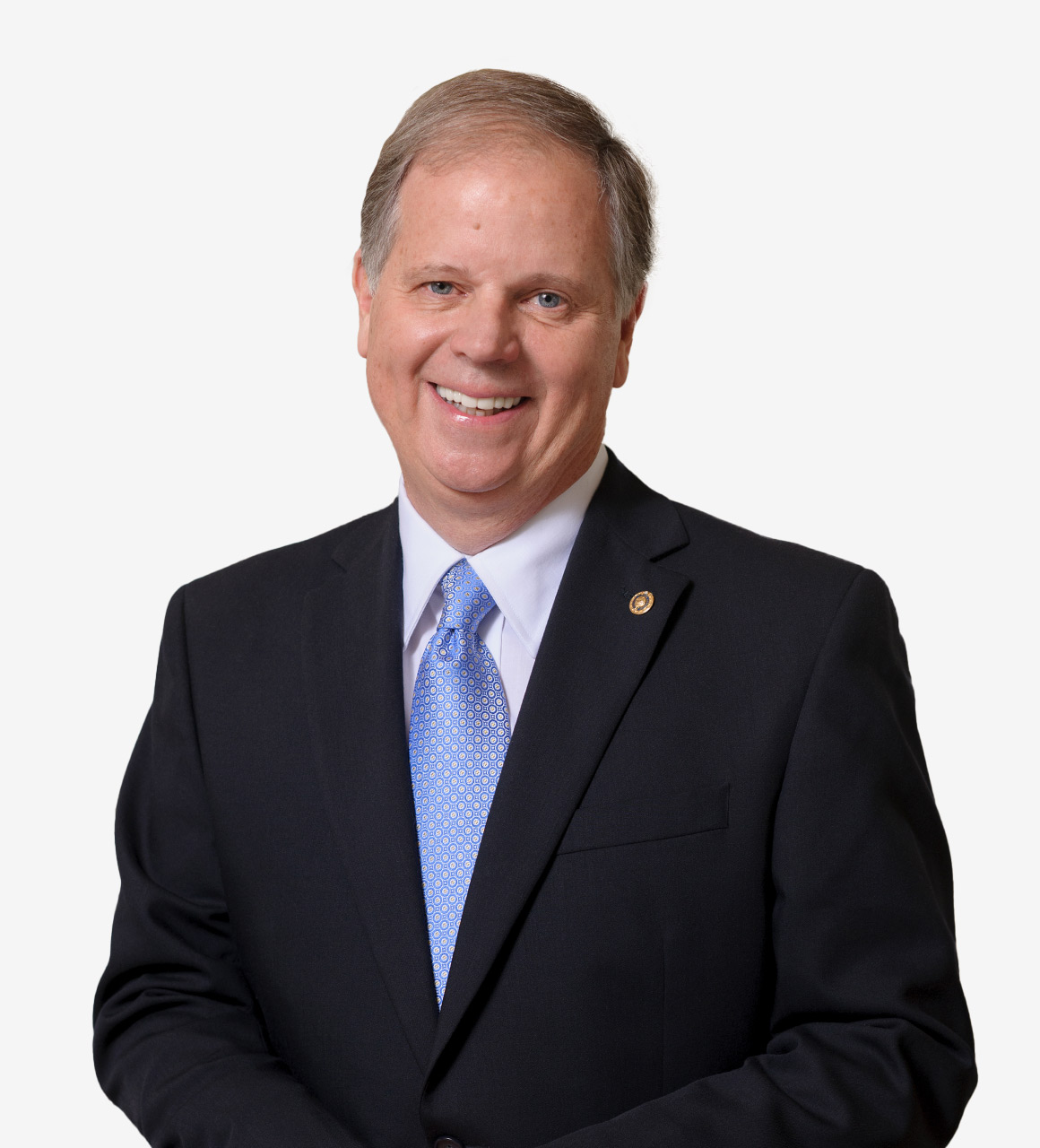 In 2017, Doug Jones shocked the political establishment by winning a special election to fill a U.S. Senate seat in Alabama – the first Democrat to do so in the state in 25 years. As a member of the Banking and Housing Committee, the Health, Education, Labor, and Pensions (HELP) Committee, the Armed Services Committee, the Homeland Security and Governmental Affairs Committee, and the Committee on Aging, he quickly built a reputation as a well-regarded and effective legislator. He passed more than two dozen bipartisan bills into law in just three years, including legislation to end the military widow’s tax, provide permanent funding for historically black colleges and universities (HBCUs), shed light on Civil Rights-era cold cases, and expand access to broadband in rural communities. He was also one of the principal architects of the anti-money laundering legislation passed by Congress as part of the National Defense Authorization Act of 2020.

Senator Jones began his career in 1979 as staff counsel to the U.S. Senate Judiciary Committee for Senator Howell Heflin (D-AL). Following his stint in Washington, Senator Jones served as an Assistant United States Attorney from 1980-1984. He left government service in 1984 and was in the private practice of law in Birmingham, Alabama, until President Bill Clinton nominated him to the position of United States Attorney for the Northern District of Alabama. His nomination was confirmed by the Senate in November 1997 and he served as U.S. Attorney until June 2001. It was while serving in that position that Senator Jones successfully prosecuted two of the four men responsible for the 1963 bombing of the 16th Street Baptist Church that killed four young girls, finally bringing full justice and closure nearly 40 years after the attack. Along with taking on the Ku Klux Klan, he indicted domestic terrorist Eric Rudolph and prosecuted other criminals who sought to use fear, hatred, and violence to inhibit the rights of others.

Between his time as U.S. Attorney and his election to the Senate, Senator Jones was in the private practice of law, handling white collar, False Claims Act, and security fraud class actions. He has represented multinational corporations, small businesses, and individuals in high-stakes civil and criminal litigation.

In 2020, the U.S. Chamber of Commerce honored Senator Jones as one of only two senators to win both the Jefferson-Hamilton Award for Bipartisanship and the Abraham Lincoln Leadership for America award. The Chamber also presented him with the “Spirit of Enterprise” award for his pro-business record. Senator Jones has also earned a national Rural Health Champion Award and the National Emergency Management Agency’s Legislative Award, and was honored by the League of Southeastern Credit Unions as its Federal Lawmaker of the Year in 2018.

Senator Jones is a Distinguished Senior Fellow at The Center for American Progress, focusing his work on issues of racial justice and equality, voting rights, and law enforcement reform. He is also a member and past officer of the National Association of Former United States Attorneys.