Partner
Les has over 30 years of experience representing issuers, borrowers (including not-for-profits), governmental entities, underwriters, and financial institutions in domestic and international transactions. 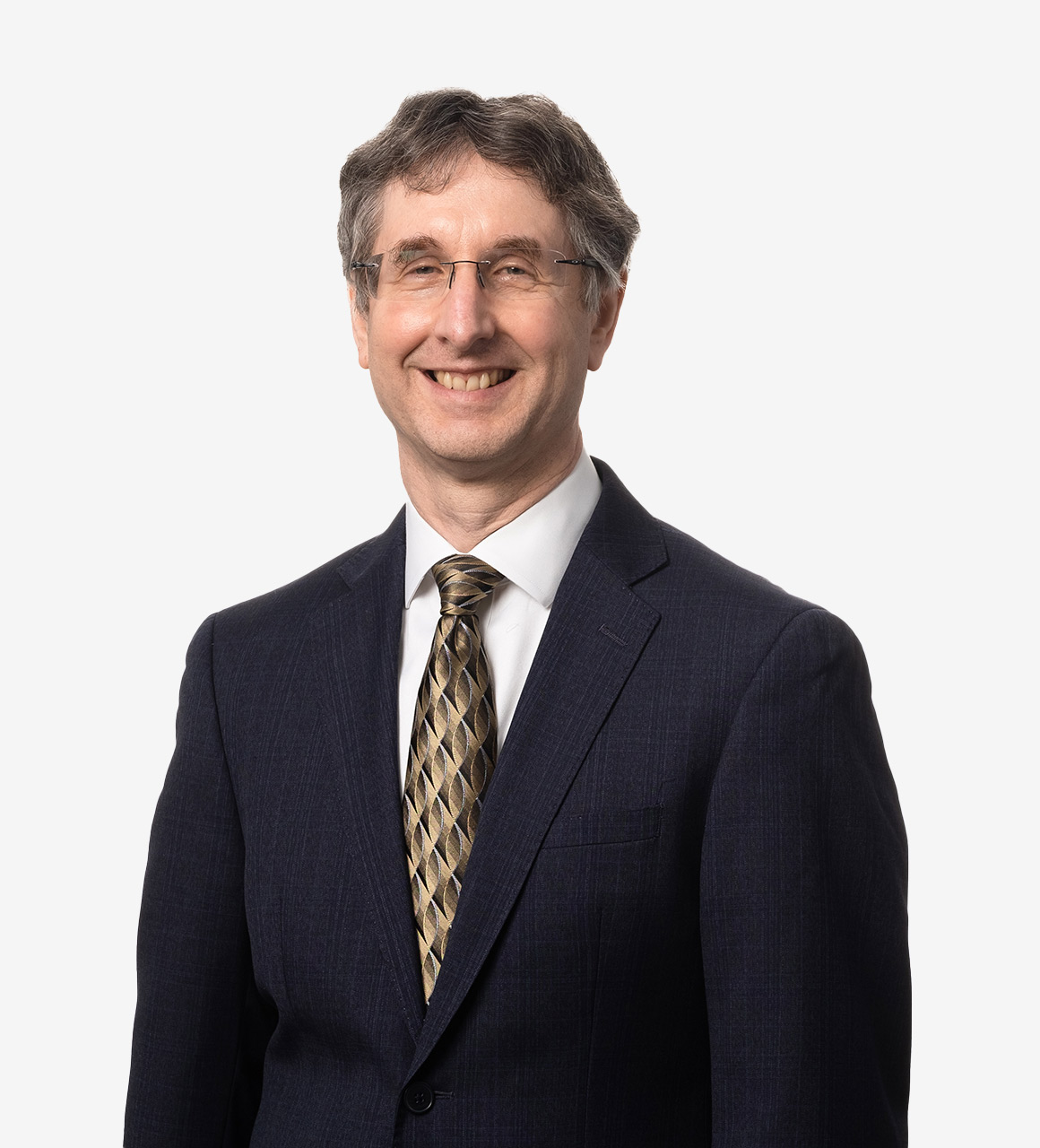 Les has provided counsel on deals involving $25 billion or more, as well as restructurings and workouts of an additional $48 billion. He has worked with governmental entities, private companies, banks, investment banks and funds in all aspects of financing, including the lending, securitization, real estate, public finance, not-for-profit, health care, restructuring, energy & environment and infrastructure & privatization financing areas, and related litigation.

Les is also a prolific speaker and author on the threat and impact of the LIBOR transition, and has successfully worked with clients to negotiate fair terms regarding LIBOR transition rates.

In November 2011, he was named in the annual rankings of The Financial Times for his standout innovative work with Fannie Mae, Freddie Mac, Federal Housing Finance Agency and the US Department of the Treasury in connection with their $24 billion programs to stabilize the housing finance market. Les worked on an international toll bridge facility that was selected by the Institutional Investor as one of its deals of the year.

For his work coordinating and financing nine adult day care facilities for people with AIDS in the city of New York and the surrounding suburbs, he received special recognition from New York state and the AIDS organizations. He also received an award from the Louisiana State Bar Association for his pro bono work with New Orleans Legal Assistance, the Housing Authority of New Orleans, the City Council, and the US Department of Housing and Urban Development (HUD) to preserve the ownership rights of low income families that had been obtained over the years in their lease-to-own project.

He represented Fannie Mae and Freddie Mac in the purchase by the US Department of Treasury of $13.5 billion of GSE securities backed by a portfolio of bonds (New Issue Bond Program), and bond liquidity and credit enhanced multistate pooled single family and multifamily transactions of $8 billion (Temporary Credit and Liquidity Program), the major successful US initiatives dealing with the prior housing crisis. For both programs, Les drafted many of the template documents and assisted in overseeing program implementation. These transactions involved nearly 100 state and local governmental issuers.

Les assisted Silverstein Properties in the $1.6 billion financing of 3 World Trade Center involving three (3) separate layers of debt and complicated security provisions, including a partial backstop guarantee from The Port Authority of New York and New Jersey, as well as blending bond and CMBS structuring into one transaction. This was the largest unrated tax-exempt transaction (at the time), where he represented large mutual funds, real estate funds, and opportunity funds. He had a similar role in the American Dream retail/entertainment project in New Jersey,  one of the largest retail centers in the country.

He is experienced in the securitization of pools of unrated tax-exempt multifamily housing bonds. He worked on nearly 50 bond financings aggregating to approximately $1.8 billion of tax-exempt and taxable bonds for the New York City Housing Development Corporation. Les was also involved in the state of Connecticut’s first issuance of residual interest bonds and New York state’s first variable rate, multimodal financing. He also handled the following unique transactions in New York: the largest multifamily pooled financing; the first take-out financing of a bankruptcy project (involving a public housing project); all of the transitional housing facilities for the homeless, and the first two bond bank deals.

In 2020, Les helped establish, from scratch, the $500 billion Municipal Liquidity Facility with the Federal Reserve Bank of New York. This facility provides assistance to state and local governments, and their authorities, to deal with liquidity and capital issues as a result of the COVID-19 pandemic.

In 2013, Les prepared an in-depth analysis of Puerto Rico that presaged the significant financial troubles relating to its $70 billion in debt and $30 billion in pension liabilities. This included an analysis of (i) the constitutional and statutory framework governing the Commonwealth as a territory, (ii) general obligation and COFINA bonds and the nature of their priorities, (iii) various other Commonwealth bonds including those subject to clawback, (iv) pension, pension bonds and OPEBs, and (v) the role of Government Development Bank in Commonwealth financing.

More recently for Puerto Rico, he assisted COFINA, the governmental entity created to enable the Commonwealth to borrow on a rated basis, in the restructuring of $18 billion of tax-exempt bonds to $12 billion of tax-exempt bonds. This included the bond and related indenture issues, and the ultimate creation of a trust structure to enable the restructured bonds to be deposited into a special purpose vehicle. As part of the efforts working with bond counsel on all of the related tax issues, the certificates issued from the trust traded at optimal prices.

He was also involved in the Commonwealth's Plan of Adjustment, restructuring $33 billion of debt to $7 billion, involving, among other governmental entities, the Convention Center District Authority (CCDA), and the Puerto Rico Infrastructure Financing Authority (PRIFA), and assisted in the structuring of newly-issued bonds and contingent value instruments (CVIs). Though used for sovereign country debt restructuring, CVIs had never been utilized in governmental entity restructuring in the U.S.

Over the years and, in particular, in the aftermath of the financial crisis, Les has been asked to assist in cases involving real estate lending, bond financing, swaps and securitizations.

Les facilitated the settlement of a structured finance investment with a large foreign banking institution where the underlying fund had been unwound. The case, which involved claims of improper administration of the investment redemption request on the securities as well as failure to substitute the failing underlying securities, triggered by lack of pool diversification and shortfalls in asset thresholds, had been before the US District Court of the Southern District of New York and JAMS.

Another case involving arbitration of a real estate loan with a dispute on appraised value was before two federal district courts and the American Arbitration Association. Les served as both a fact witness, as well as an expert witness with respect to real estate lending banking practices. In the proceedings, he acted as general counsel to the company overseeing the entire litigation/arbitration process, including brief preparations, AAA panel selection, discovery, deposition prep, and settlement negotiations.

He assisted a municipal entity with the Securities and Exchange Commission’s litigation of improper securities disclosure by the municipality, providing an analysis that highlighted the SEC’s significant weaknesses, ultimately prevailing on this aspect of the case.

Les assisted a federal governmental entity in the negotiation of a $1 billion fuel hedging arrangement with various large commercial banks.

Due to water shortages in the eastern part of the State of Washington, especially due to recent climate changes, the State and the US Department of the Interior approved the Yakima River Basin Integrated Plan to enhance the State’s reservoir system. As part of the effort to get all stakeholders to agree to the Plan, the environmental community and the Yakama Nation Tribe required that 50,000 acres of environmentally sensitive land be acquired by the State and set aside so as to mitigate the environmental impact of the water reservoir aspect of the Plan. Les was instrumental in assuring that the acquisition and the related $97 million financing was completed, working with the State’s Department of Ecology, Department of Natural Resources, Department of Fish & Wildlife, Treasurer’s Office, Legislature, and Governor’s Office, as well as the lead not-for-profit organization involved in the acquisition.

In order to deal with the tremendous increase in traffic over its three international bridge crossings due to the enactment of the United States-Canada Free Trade Agreement, the Niagara Falls Bridge Commission developed a 30-year expansion program. Les assisted in the securing of both federal and state tax-exempt status for the Commission’s bonds through the enactment of the Intermodal Surface Transportation Efficiency Act (ISTEA). This is likely the only federal entity with this special status.

He worked as special privatization counsel to the New York City Economic Development Corporation with respect to the disposition of Coney Island, Elmhurst, and Queens Hospitals. This transaction was one of the largest and most complicated privatizations ever undertaken in the United States, though ultimately not completed.

He assisted The City of New York with its financial crunch by completing the issuance of nearly $600 million in Health Facilities Revenue Bonds. This transaction helped save New York City approximately $50 million.

He represented a fund on a $2 billion health care receivables transaction with Genesis HealthCare Corporation. This transaction, which ultimately closed with another purchaser, revolved around the acquisition and financing of over 200 skilled nursing facilities and assisted living residences around the country.

Les recently worked on a major modernization project for a large independent hospital, located in one of the epicenters in New York City. This was the first tax-exempt HUD mortgage-insured hospital project in the US that (i) utilized CARES Act monies including special COVID-19 reimbursement enhancements, sequester/health care reduction reversals, and special Medicare advances, and (ii) followed Securities and Exchange Commission circular for enhanced disclosure dealing with the COVID-19 pandemic and resultant economic dislocations.

Over the years, Les has represented numerous not-for-profit corporations supporting their corporate, tax, and financing needs. He worked with an entity selling and restructuring a portfolio of four (4) multifamily housing projects, two (2) of which had failed HUD REAC scores. He has also assisted numerous not-for-profit entities in their debt restructuring efforts, as well as various compliance issues, with their various lending institutions.

Les represented Center for New York City Neighborhoods (Center) in its lead role for provision of counseling services to New York City residents impacted by Hurricane Sandy. In this representation, he had to negotiate the subcontract between the Center and the overall prime contractor for Hurricane Sandy relief for the City as well as sub-subcontracts with various entities providing direct counseling services to residents due to the magnitude of the counseling relief required, all in conformity with the prime contract.

In addition, the firm assisted the Center in the launch of its New York State Mortgage Assistance Program (MAP), a loan assistance program targeting families trying to avoid foreclosure. MAP is an enhancement of the Attorney General’s Homeowner Protection Program (HOPP), which provides struggling borrowers with free legal and housing counseling services. Since its launch in October 2012, the three-year, $60 million HOPP program served more than 28,000 homeowners across the State and is funded, in part, from mortgage securities settlements stemming from the 2008 financial crisis. The national mortgage securities settlement involved the nation’s five (5) largest mortgage servicers, earmarking a minimum of $17 billion for nationwide homeowner relief.