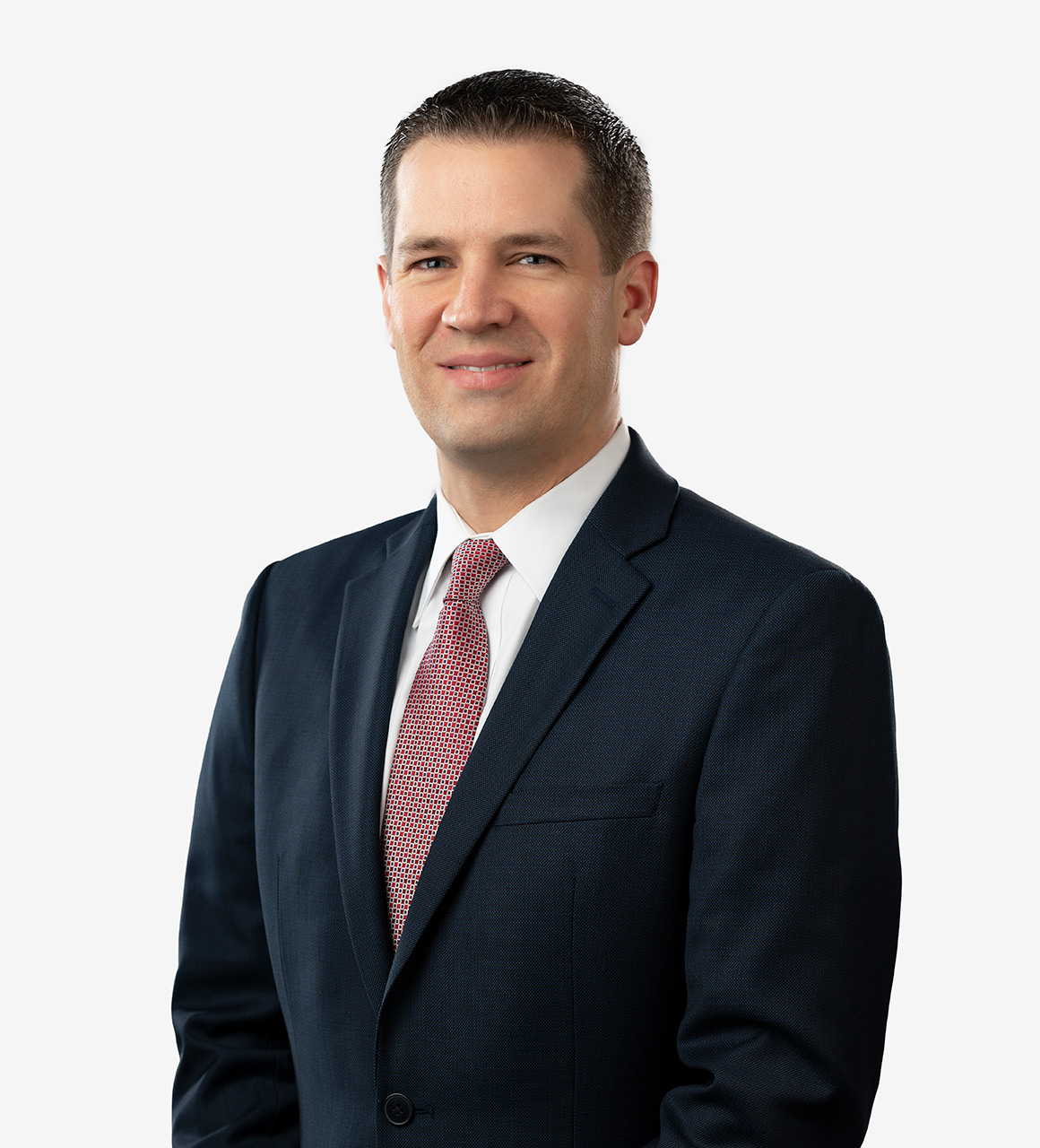 Dave is a leading national security and public policy lawyer for domestic and foreign companies, especially those navigating the Committee on Foreign Investment in the United States (CFIUS) and its expanded authority under the Foreign Investment Risk Review Modernization Act (FIRRMA). While working on Capitol Hill, he was the staff architect of FIRRMA and the chief strategist behind its 2018 enactment. Beyond CFIUS, he also advises companies on US Government policy regarding supply chain and strategic technology issues, such as 5G telecommunications infrastructure and domestic semiconductor manufacturing, and helps clients interface effectively with federal agencies and Congress. Companies that end up tangled in the growing strategic competition between the US and China regularly seek his advice, and he is frequently invited to speak at industry, think tank, and academic conferences and quoted in major national news stories.

Dave is well-positioned to represent both domestic and foreign entities before CFIUS and advise them on how the regulations apply. He is well-known to the key players at the Treasury Department, Department of Defense, Department of Justice, Commerce Department, and other CFIUS member agencies as a result of his close collaboration with many of them during the development of FIRRMA. He is viewed as highly credible on national security matters, and he has a firm understanding of CFIUS’s behind-the-scenes processes and analyses. This stems in part from his past work with the US Intelligence Community and his familiarity with its National Security Threat Assessments, which are written to inform each CFIUS review.

On CFIUS, Dave advises and represents both investors and target companies on transactions involving critical technology, sensitive personal data, high-profile real estate, and critical infrastructure, including mergers and acquisitions, venture capital investments, and private equity transactions. He has assisted venture capital investors, technology and aerospace companies of various sizes and stages, and large multinational corporations on various CFIUS issues, ranging from advising on the regulatory implications of various transactions to preparing filings and helping clients navigate the byzantine and opaque CFIUS review process. Dave has also advised clients raising funds from foreign sources on sound strategies for structuring transactions for lawful avoidance of CFIUS. In addition, he helps US companies prepare informal submissions to CFIUS to identify problematic foreign investments in their domestic competitors that may raise US national security concerns.

As part of his CFIUS work, he advises clients on the new export controls on emerging and foundational technologies, as mandated by the Export Control Reform Act of 2018 and incorporated into the CFIUS definition of critical technologies.

Separately, he advises companies seeking to do business with the Defense Department or US intelligence agencies on issues of foreign ownership, control, or influence (FOCI) in accordance with the government’s National Industrial Security Program Operating Manual (NISPOM).

Dave also helps clients formulate and carry out effective strategies to impact a range of national security and trade policy issues, often focusing on supply chain and strategic technology policy matters. He has represented both corporate and nonprofit clients before Congress and executive branch agencies, and he has a proven ability to build bipartisan bridges to get things done. On Capitol Hill, his work has included assisting a top American manufacturing company and a major transportation association on issues ranging from federal procurement limitations to Section 301 tariff exclusions. He regularly assists firm clients by tracking and analyzing high-impact legislative developments in priority areas.

Prior to joining ArentFox Schiff, Dave spent over 12 years on Capitol Hill, serving in a variety of senior national security staff positions, including as a Professional Staff Member on the Senate Select Committee on Intelligence (SSCI), Counsel for National Security Affairs to Senator John Cornyn (R-TX, then-Senate Majority Whip), and staffing Senator Cornyn for four years on the Senate Armed Services Committee as his Military Legislative Assistant. All told, he has experience staffing seven different committees in the Senate and House of Representatives.

While in the Senate, Dave worked on some of the most complex and multifaceted national security issues and technology-related challenges of the day. His most consequential effort was working on Sen. Cornyn’s FIRRMA legislation, which represented the most sweeping overhaul of CFIUS in its 44-year history and is considered by many to have been the most significant bipartisan legislative accomplishment of the 115th Congress. Dave was also the original staff architect of Senator Cornyn’s “secure 5G” legislation (a version of which was later enacted as the Secure 5G and Beyond Act of 2019) and drafted two pieces of legislation to address the growing problem of intellectual property theft by foreign actors.

In addition, while working for Senator Cornyn, Dave was the staff architect of several other pieces of legislation that became law, including a provision of the Tax Cuts and Jobs Act of 2017 that granted special tax benefits to US military service members who performed hazardous duty in the Sinai Peninsula of Egypt; a provision of the 2015 National Defense Authorization Act that authorized victims of the 2009 terrorist attack on Fort Hood, Texas, to be awarded Purple Heart Medals; two provisions of the 2010 National Defense Authorization Act that helped safeguard the voting rights of US military service members at home and abroad; and another provision of the 2010 National Defense Authorization Act that required the Department of Defense to adopt safety standards to minimize the risk of electrical and other accidents for US military service members in combat zones.

From 2007 through 2016, Dave served as the lead Republican staffer on the US Senate India Caucus, a bipartisan coalition of senators that promotes relations between the US and India across a broad spectrum of economic and security interests. He also previously held various staff positions in the US House of Representatives, including at the House International Relations Committee, the House Ways and Means Committee, and the Committee on House Administration.

After the terrorist attacks of September 11, 2001, Dave resumed public service and joined the US Army, serving on active duty for three years as a JAG officer in the storied 101st Airborne Division (Air Assault). As a Captain, he deployed to Iraq for 11 months in support of Operation Iraqi Freedom, during which he served as the Brigade Judge Advocate and the Brigade Trial Counsel for the 101st Combat Aviation Brigade, providing legal services to the Army’s premier aviation brigade. In this role, he was the lead prosecutor and principal attorney for commanders at various levels.  He also served as a Civil and Administrative Law Attorney and a Legal Assistance Attorney at the Division headquarters. His military awards include the Bronze Star Medal and the Iraq Campaign Medal.

Out of respect and appreciation for the firm’s support for veterans, Dave co-founded AFVets. The main goal of AFVets is to create and foster awareness and community for ArentFox Schiff’s current and former military and uniformed service employees by concentrating on issues specific to those who are or have been in service, while also applying that experience to serving clients with similar military backgrounds. Key focus areas of AFVets include working on benefits and providing mentoring specific to veterans at the firm, as well as the recruitment of veterans to the firm. In addition, Dave has served as a mentor for veterans outside of ArentFox Schiff who are transitioning back to civilian life after active duty military service.

Dave has presented at a number of national security and international trade-related events including:

Dave has been a guest lecturer on CFIUS and national security law at NYU School of Law and George Mason University’s Antonin Scalia Law School. He is a member of the Intelligence and National Security Alliance, the Society for International Affairs, and the Federalist Society for Law and Public Policy Studies. He is also a member of the ABA and is active in its Section of International Law, where he serves as a Vice Chair of the National Security Committee.

In addition, he is a Visiting Fellow at the National Security Institute at George Mason University’s Antonin Scalia Law School.

National Security Counsel
US Threat Assessment: China and Russia Remain Priority, While Emerging Technology and Global Health Security Gain in Importance
Events
Webinar: The Investment Conundrum: From FIRRMA to Outbound Regulation
Events
Webinar: The Future of CFIUS and the Impact on FDI
END_OF_DOCUMENT_TOKEN_TO_BE_REPLACED